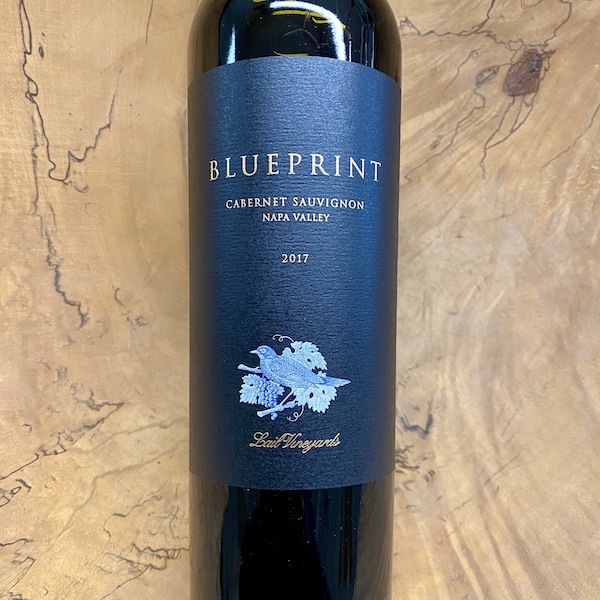 Blueprint Cabernet Sauvignon is Lail Vineyards’ 21st Century interpretation of this classic varietal. A vibrant, flavorful wine meant for early release and enjoyment; it is typically the standout in comparative tastings. The 2017 Cabernet Sauvignon Blueprint is made up of 83% Cabernet Sauvignon, 11% Merlot and 6% Petit Verdot and was aged 18 months in 45% new French oak. "Very deep purple-black in color, it offers up intense notes of warm black currants, black berry preserves and baked plums with hints of licorice, candied violets, cedar chest and tobacco. Medium to full-bodied, the palate has a very sturdy frame of ripe, grainy tannins and oodles of freshness supporting the densely packed black fruit layers, finishing with a lively herbal lift." - Wine Advocate
Robin Lail grew up at the fabled Inglenook Vineyards, home to four generations of her family and their legendary wines. The passion of her father, John Daniel, Jr., was contagious. He called himself the caretaker of the family legacy, assuring her sister and her that it would be theirs to take into the next generation. When the winery was sold in 1964, Robin thought this beautiful family tradition had ended. But while managing the remaining estate vineyards and working with her mentor, Robert Mondavi, in the late ‘70s, she found the encouragement to start again. Almost every day he was at the winery, Mondavi would lecture her about her legacy, her father, and the importance of carrying on his work. He also provided her with the opportunity to launch the first Auction Napa Valley in 1981. In the ‘80s and ‘90s, she created valuable partnerships with the co-founding of Dominus and Merryvale with Christian Moueix and Bill Harlan, respectively.