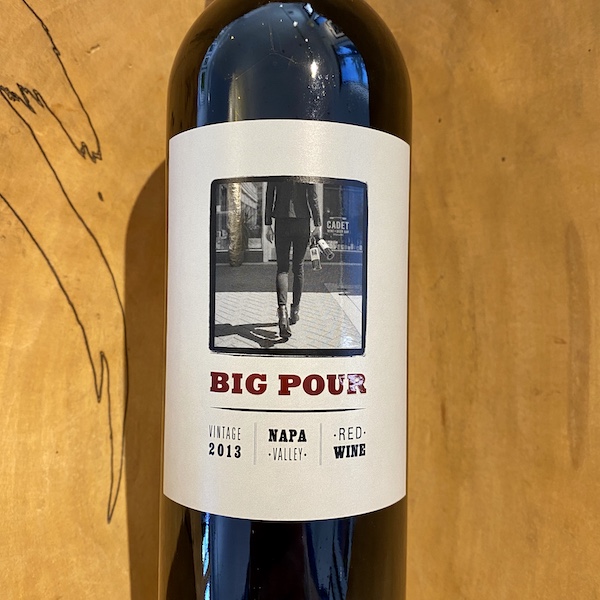 As you might recall, 2013 has gone down in wine history as one of the best vintages of the last few decades for Napa Valley Reds. So, we are excited to offer this Red after it has had a few years to evolve in the bottle. While it is drinking awesome now, it could even benefit with another few years in the bottle. And at its respective price, it truly over-delivers. The 2013 growing season was marked by an even amount of warmth, allowing for optimal ripening. A blend of 75% Cabernet Sauvignon, 14% Syrah, 7% Malbec and 4% Petit Verdot, the 2013 Big Pour Red is incredibly fragrant, offering luscious notes of dark red fruit and wild berries. Core flavors of candied cherry are enveloped by warm, delicious notes of baking spices and dark chocolate. This 2013 Red came from the estate vineyard and the famed Farella Vineyard which was recently sold to Realm Cellars. 646 cases were produced. This is a great Red with special pricing for this 6-Pack.
Of the 300 acres that comprise Kelly Fleming's property in Calistoga, only twelve are planted to wine grapes with three distinct blocks devoted almost entirely to Cabernet Sauvignon. Eight acres were planted in 1999, four more acres established six years later. The natural differences between these blocks – the varying elevations, soils, slopes and exposures – are accentuated by viticultural techniques tailored to each, including pruning, trellising and irrigation. Even within the blocks, the variations are such that their vineyard is picked in up to ten different lots, vinted and barrel aged separately in their cave. These blocks, and the lots that derive from them, give winemaker, Becky George, the tools she needs to make a multi-faceted and compelling single vineyard Cabernet Sauvignon. Mike Wolf, one of the best viticulturists in Napa Valley, farms this vineyard with the same attention to detail as his other clients including VHR-Vine Hill Ranch, Scarecrow and Rewa Vineyards.