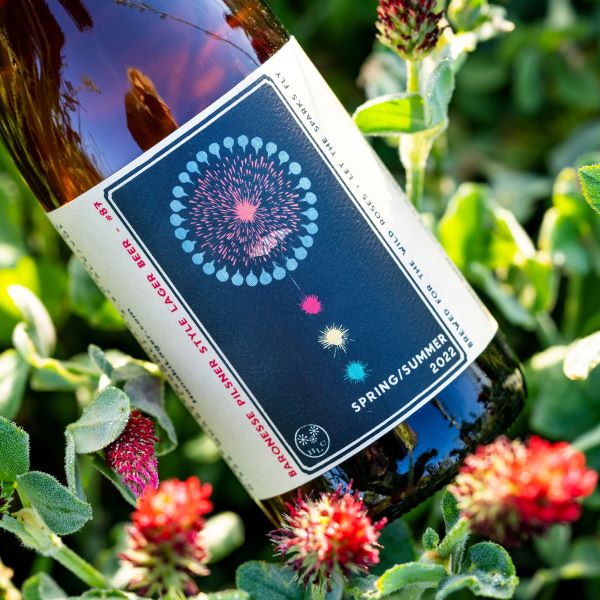 This newest edition is the fifth release for Nick Gislason, who also happens to be the winemaker at Screaming Eagle. This season’s beer features a barley variety called Baronesse. Originally developed in Germany, Baronesse was largely abandoned there due to its low yields compared to other more modern barleys. However, its flavor is excellent, which is our primary selection criteria at Hanabi, being far more important to us than yield or ease of use. A rare variety, Baronesse is only grown on one farm in North America, named Joseph’s Grainery in the Palouse area of Washington State. It is a small family farm that has championed this special grain for decades. They raise it without irrigation (dry-farmed), and it produces dense, hardy corns with a distinct hay-like aroma and flavor. Thanks to his winemaking efforts at Screaming Eagle, I've become friends with Nick Gislason, their winemaker since 2008 and tasted his pilot batches of Pilsner when he graciously donated and poured a mini keg at our inaugural Inspire Napa Valley 2018. Now Nick, his wife and some winemaking colleagues are brewing seasonal lagers in their brewery workshop in south Napa. Inspired by old-world lager brewing techniques, and using heirloom barley varieties with great flavors, they are brewing lagers that are complex, yet still vibrant and refreshing.