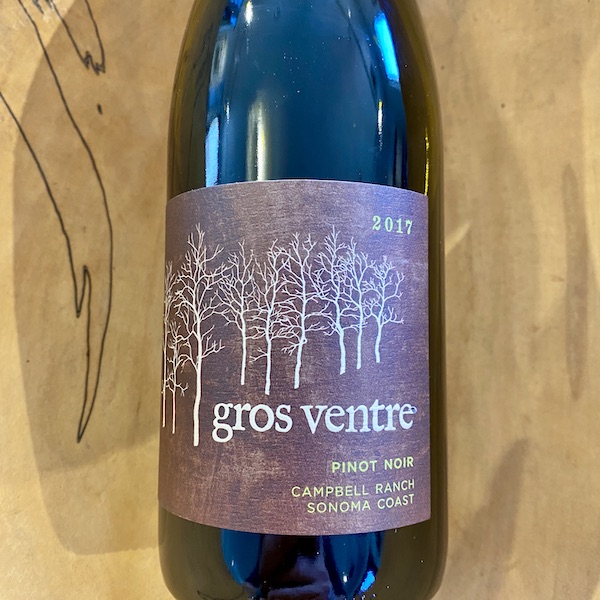 As one of the early supporters of Gros Ventre since their debut release, Chris’s own wine project began with the 2009 vintage after years of working and learning from some of the best Sonoma Pinot Noir wineries including Williams Selyem and Marcassin, he is now concentrating his efforts making Gros Ventre, which means 'big belly' in French as his wife was pregnant, expecting their first child in the inaugural vintage. Coming from Campbell Ranch Vineyard in west Sonoma Coast, just five miles inland from the Pacific Ocean near Annapolis, this grower vineyard reaches 750 feet in elevation. The 2017 is gorgeous, with richer fruit tones and great acidity to balance out the wild berry fruit. It's a seductive Pinot that excites the palate. 80 cases were produced.